It was sewing machines at the ready last night. We all got crafty making some beautiful new peg-bags.  Our members’ washing lines will be the envy of Ryedale!

Thanks to everyone who turned out on a particularly wet night !! See you on the 22 September when we’ll be learning to play the ukulele!

One I made earlier….

Tackling the technical challenge of getting the machine on

This year the WI celebrated the land mark achievement of 100 years of inspiring women.

Members of Malton WI came together last night to mark this special occasion with a fancy dress competition, a tea party and a spectacularly hard quiz – thanks Sarah!  History doesn’t appear to be our strongest point!

It was a great night with our members rocking the 1915 look! We met lots of interesting characters -from Mary Poppins and Sister Florence to a suffragette, from ladies who lunch to a very elegant teacher, several scullery maids, and just about everyone in between!  Brilliant effort everyone!

Members had a great night on Tuesday, at their visit to Ampleforth Orchard and Cider Mill.

Here are some pictures – the ladies enjoyed a very funny and informative evening – particularly tasting the cider!

The theme for our meeting this Thursday (23 July) is “Make do and Mend.” Please bring along something that you’ve recycled or upcycled – anything you’ve converted from something old and tired into something useful/beautiful! Absolutely goes – use your imagination! Scrap material you’ve made into patchwork or tiles you’ve decorated and now use as coasters. We’ll display items and the “best” will win one of our new, and highly coveted certificates!

Come along at 7:30pm on Thursday (St Leonard and St Marys, Malton) to try patchwork or rag rugging.

There’s lots to look forward to this month. Our regular Knit and Knatter group meets tonight (Monday 20 July) at the Yard from 7:30pm. We meet alternate Mondays and everyone is welcome – complete beginners can come along to learn or more experienced knitters can come and support each other!

On Tuesday 22 July we have our trip to the orchard and cider mill at Ampleforth. Tickets are still available – please e-mail.

At least one member from every branch of the WI had the opportunity to celebrate 100 years of the organisation last week, at a very special garden party held at Buckingham Palace.

Amongst those dressed in their finest was Malton WI’s President, Sharon Cawte. Sharon (pictured above with Yvonne Myers) said “it was a truly amazing day that I’ll cherish forever.” Sharon joined 8,000 other members for tea and cakes on the palace lawn. She said the fruit cake was the nicest she’d ever had, but that Malton WI’s Victoria Sponge was better!

The party was hosted by the Duchess of Cornwall, and Sharon also had the opportunity to chat to the Countess of Wessex.

Members of the Rylstone and District WI in North Yorkshire – the original calendar girls – who posed semi-naked in 1999 to raise money after one of their husbands was diagnosed with non-Hodgkin lymphoma also attended.

Later in the week Malton WI’s Secretary, Louise Bulmer travelled to London to attend the centenary annual meeting of the Women’s Institute at the Royal Albert Hall.

The meeting was opened by the Queen who praised the WI, saying that over the past 100 years, the it has continued to stay “relevant and forward-thinking”. She went on to add that “In 2015 it continues to demonstrate that it can make a real difference to the lives of women of all ages and cultural backgrounds, in a spirit of friendship, cooperation and support.” The Queen became a member of Sandringham WI in 1943.

Sharon and Louise are working on more detailed reports from the events, watch this space!

We’re getting ready for our stand in Malton Library from Monday.  Come along and find out more about the WI and why you should join our local group!

We’ve got a packed programme to look forward to this year – everything from ghost walks to crochet, steak nights to a trip to Ampleforth Cider Mill, picnics to learning more about the Land Girls and why organ donation is so important.

Look forward to meeting you!

Open to members and non-members, the fair offers four fantastic days of craft, creativity, shopping, education and fun, all aimed at celebrating 100 years of The Women’s Institute’s achievements.

Tickets for the Fair will go on sale later in the year.

In the meantime you can register your interest in visiting.

Meetings take place on the 4th Thursday of each month at 7:30pm

For more information email maltonwi@outlook.com, call us on 07870558308 or visit us on Facebook 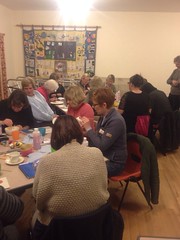 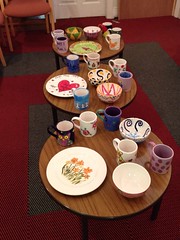 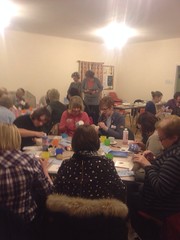